A combination of SACE and VET subjects are helping Bryce Cawte develop new skills as well as explore and share his cultural heritage. 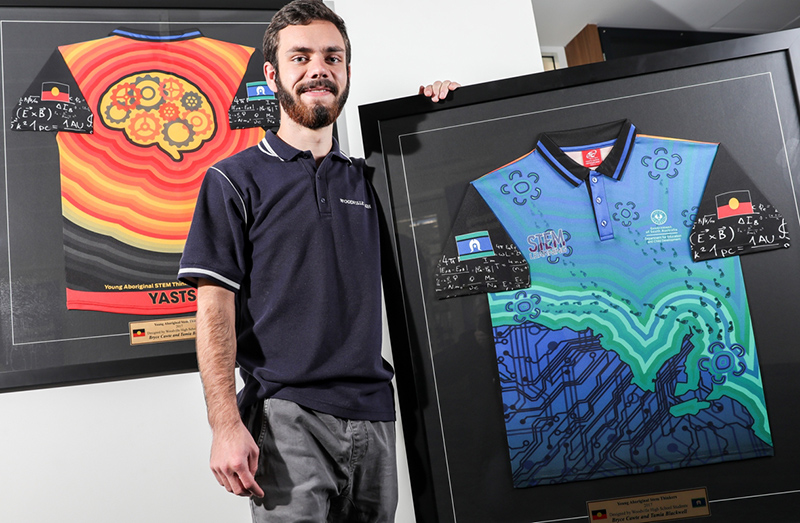 Embarking on a variety of VET and SACE subjects has enabled Bryce Cawte to develop new skills, explore and share his cultural heritage and shape his pathway to a successful future.

The Year 12 Aboriginal student from Woodville High School has used the flexibility of the SACE to complete Years 11 and 12 Aboriginal Studies while gaining his Certificate I in Construction and Certificates II and III in Business.

“I want to build shipping container cabins which is why I wanted to do the Cert I in Construction, to see if I really wanted to get into that area,” Bryce says.

His interest in business studies stems in part from his involvement with Tal-Kin-Jeri Dance Group, which showcases Aboriginal dance, stories, music, art, language and culture. As well as being one of the group’s regular dancers and taking part in national events, Bryce has stepped up to assume some of the company’s administrative duties.

“I love the responsibility of being able to take bookings, deal with invoices, and organise the dancers and people to run workshops,” he says. “Doing the Cert II and III in Business really helped (with this).”

Bryce is also an active member of the STEM Aboriginal Student Congress, established in 2017 by the Department for Education and aimed at connecting Aboriginal knowledge and culture with an aspect of STEM.

Students have explored tasks such as converting a traditional Aboriginal dance into an algebraic equation, and examining the aerodynamics of a returning boomerang.

“Students get to learn about the artefacts and the science behind how they’re used, which is pretty cool,” Bryce says.

Bryce’s leadership skills have also been honed by his involvement with Operation Flinders, a nine-day camp that challenges young people physically, emotionally and psychologically. Since taking part in Year 9, Bryce has become a mentor for others experiencing the camp for the first time. “It’s really good helping people,” he says. “I love that responsibility.”

With so many skills, experiences and qualifications already under his belt, the future looks bright for Bryce, whichever path he decides to follow.