Boarding student Leticia Robertson has seen the inside of many of Australia’s major airports during her travels home through the COVID-19 pandemic. 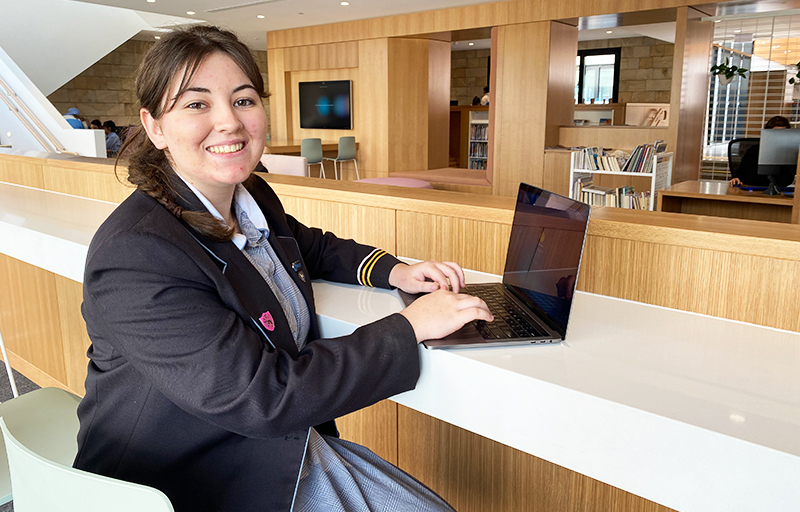 Because of COVID-19, the 17-year-old left Wilderness School early in Term 1 to undertake remote learning at her home in Kununurra, in regional Western Australia.

She didn’t to return to school until week four of Term 2 because of the strict border closures.

Her normal one day journey home from Adelaide via Darwin turned into a stressful odyssey – with a flight from Adelaide to Sydney, staying overnight, flights to Melbourne and then Perth, with another overnight stay, before flying to Darwin, and then on to home.

Leticia, who was granted a border exemption on compassionate grounds as a minor studying away from home, has been to Brisbane once, Darwin and Sydney twice, Broome three times, and Perth four times in 2020.

She endured flight cancellations, hotel stays by herself for the first time, and says she was often refused entry – even though she had the relevant paperwork for authorities,” Leticia said.

“It was really intimidating when I arrived at the airports. There were lots of police officers in the airports asking questions and I was met by nurses who were taking my temperature. I had to explain the reason for my travel multiple times to officials.

“I was the only teenager on the flights with the other passengers being 20-year-old young men who were fly in, fly out workers.”

The flight cancellations saw Leticia miss all of her mid-year exams, which she took at a later date.

“Through COVID-19 I have learned to be adaptive and assertive, these experiences have definitely made me grow as a person.

“Wilderness School, my family and friends have been so supportive.”

And despite the emotional and physical disruption, Leticia has remained resilient and is on track to complete her SACE.

Leticia, who studied Stage 2 subjects in English Literary Studies, Legal Studies, General Mathematics, Psychology, and the Research Project, already has a place at The Australian National University in Canberra, where she will study a double degree in Law and the Arts.

She hopes to pursue a career as a novel editor.